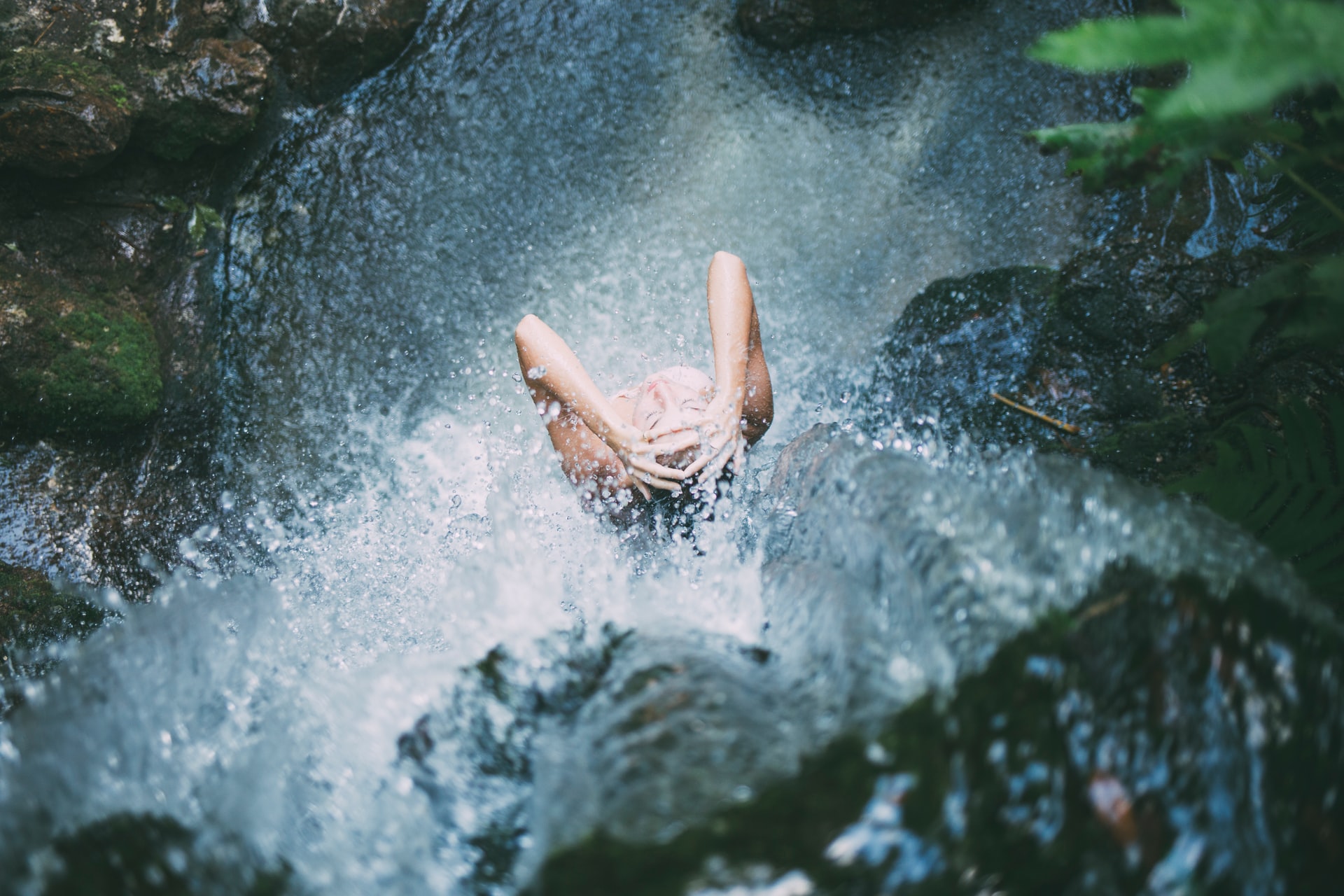 If it were music it would be a refined version of the music for lifts where there is this indefinite, depersonalized, often annoying and useless soft background, but since the unfinished has its own nobility, I am thinking instead of a falsely rarefied version of it, music in transit, with an idea of ​​structure but still not a soul and not enough harmonics to make it dangerous enough to be heard.

The sense of accomplishment comes only when I can create work by acting personally in all its parts: the musical, textual, visual, narrative. It is no coincidence that I find opera to be the most complete form of art of all: music, literature, scenography, architecture, costume design, history, archetypes … so many workers who make up the harmony of the whole.

The accomplished is to adhere to one’s nature.

Two things come to mind. The first, most recent, is the path of my latest album, “Luna in ariete”. It is a concept album conceived and recorded during my pregnancy, the first work I signed in full, also conceiving the visual part and signed part of the arrangements. I wanted to make 9 video clips – one for each song and with a precise path but due to Covid I could only make 3. It was a great pain. I had been working on it for three years, but unlike many other colleagues at least I had the joy of having been able to publish the album and have a few but precious months – from September to the end of February – to divulge and play it.

The second unfinished is linked to my poetic vocation. I am an anomalous singer, I read more than what I listen to (guilty, I do not take pride in it). I can stay without listening to music but not without reading. I am full of notebooks, texts and written verses, some finished, others pinned down, broken sentences that are promises of sprouts. In part, over time, some lines have become songs, but I have two collections of poems that I would like to give to the world, but it never seems to be the time to put my head out. We will see in the future.

Definitely a pastel colour, perhaps a light amber. The unfinished opens up space for dreams, so it can be a melancholy, warm colour that still acts and remains a possibility. The unfinished is fluid, by its definition it cannot have a form, it is becoming. If it were music it would be a refined version of the music for lifts where there is this indefinite, depersonalized, often annoying and useless soft background, but since the unfinished has its own nobility, I am thinking instead of a falsely rarefied version of it, music in transit, with an idea of ​​structure but still not a soul and not enough harmonics to make it dangerous enough to be heard.

I am not settled, I have never had a definite address, truly mine. This year, however, it also brings with it this revolution, I have been living in the same house for months but in my masterpiece of incompleteness I still manage not to be rooted neither here nor there and now, even though I hardly move from Alghero due to Covid, I have a house in Rome, with my name on the ring bell. I never had a name on the ring bell. In “Luna in Ariete” there is a song called “A metà”, where I make peace with my duality because obviously, it is the duality that defines my whole, after all, I also have two eyes of a different colour. However, incompleteness in me often translates into indecision. I rarely know which part of me to feed. When you are very versatile there are many parts that demand attention, which they express with a lot of power, for me it is always like having ten wagons to tow and not being able to leave any behind, because the part I leave behind digs a hole, protests, and then I end up in it.

The sense of accomplishment comes only when I can create a work in all its parts: the musical, textual, visual, narrative. It is no coincidence that I find the opera as a whole because it is the most complete form of art of all: music, literature, scenography, architecture, costume design, history, archetypes, many craftsmen that make up the harmony of the whole.

Bad, conflicting. An idea that ages, that waits and does not come to fruition is a pain every time, but I try to keep myself elastic, expandable, to keep my judgment suspended also because new ideas accompanied by enthusiasm always come to me so many. On the other hand, there is also the poetic and justificatory aspect: poetry is a great alibi and the unfinished leaves no traces, if it is not communicated it does not exist, here, I find there is a lot of poetry in this absence, in this voluntary subtraction. I think it is a thought that should animate us for the next few years, that of leaving no trace, like a sailboat that leaves no traces in the sea, does not pollute, makes no noise, lives and let live. It is not mandatory to always have to do something finished. Perhaps what has not been accomplished simply was not strong enough to want to communicate because when you have a ferocious vocation – not a hobby practised in your free time – the way to express it is always found. When I read and finish my poems I tell myself: it is not a hobby, these are motorized poems, not sailing, so they will arrive somewhere, they will dock.

A path that must necessarily be completed would be that for women to no longer be invisible to the world of statistics because the world will be saved only if it becomes feminist, it has no other possibility of salvation. If the process of recognizing female work is not done quickly and you do not stop considering free care work as normal – which is 75% on women’s shoulders, if you do not move towards a rapid accomplishment of this change in next ten years, I resign myself to the fact that humanity will go to extinction very quickly. A feminist world is by its nature more protective, sustainable, generative, empathetic, collaborative, which are the precise characteristics that are now urgently needed by humanity. I would like to arrive at completeness understood as a fact that everyone can be what they are, without the need for a classification of gender, colour, sexual preference, aspects that have no importance. Only in more recent years do women who make creative and popular works begin to express themselves without filters or iconographic and gender interference. What has certainly contributed to consider myself unfinished as – presumed – the artist is that to date I have not given up any of the aspects that make me up because I do not want to leave my lines or the mascara ritual behind. A dear editor friend – very Roman – once said to me: “Do you know what your problem is? They let you be the princess of the party way too often”. The point is, even if he was right, what problem would it be if I also liked being the princess of the party?

It’s like when you go buy yourself a pair of jeans, maybe you try on 25, and when you find the one that fits you perfect, you keep it for ten years. Instead, when you choose the one you like but needs to redo the hem, be trimmed here and there, it will never be like what you put on and it was okay. The completed project is jeans that you don’t have to hem, everything is in its place, there is the harmony of the parts. A song that was born badly, or fixed, or put on a tracklist without my being convinced here, in the end, I never sing it live, I don’t wear it, I don’t dress and it doesn’t make me feel at ease, I could wear it professionally, but not with the right emotions. The accomplished is to adhere to one’s nature.

I keep them in an equally incomprehensible way, in a big bang of texts, diaries, notebooks… now and then I go to peek and I say to myself: this is beautiful, I’ll finish it.

Contact with nature, shopping, talking to people, taking a shower. Contact with water clears my head, the best ideas came to me in the shower or on the move, on trains and planes. But silence is my best ally. Nothing is heard in noise, silence is the most active form of hope I know.

3 words that you would describe the unfinished?