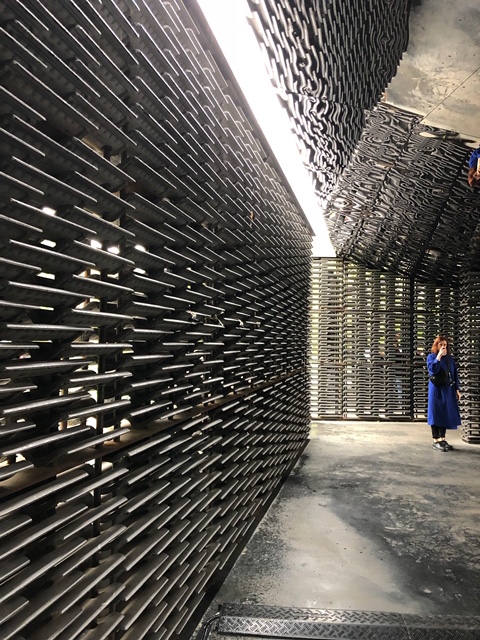 If I think about my curatorial projects, I would like to have more unfinished projects, I am often in a hurry to finish things.

If I say “unfinished” what is the first thing that comes to your mind?

Something started but not finished, to be confused with something interrupted. Interrupted means that it is finished for me, while unfinished it still has the potential to develop, it is suspended and still open.

It has an open shape and a colour that has not yet had time to define itself, a grey with multicoloured shades, almost as if it were a cloud, which has mass and consistency but at the same time disperses into the environment.

Definitely yes, perhaps I’m not completely aware of all the unfinished things in my life. If I think about my curatorial projects, I would like to have unfinished projects more often, I am often in a hurry to finish things, and if I do it hastily I risk simplifying them too much and not delving into them as I should. I have more accomplished projects rather than unfinished things, I’m impatient, I’m in a hurry, because what’s unfinished also scares me a little.

An example of unfinished?

An idea for an exhibition that I want to title “Crocodiles in Club Chairs”, an exhibition that would have collected the works of six contemporary artists (four of which are living artists) intending to present considerations regarding the pursuit of pleasure and its social acceptance.

Another idea is for an exhibition that I would like to call “Let my tongue blister”. It was supposed to be a collective exhibition focusing on exploring the sense of physical discomfort, connected to the mouth and the faculty of expression. I have already worked it out but it was an unfortunate idea, it was supposed to open in a gallery here in London, but the spaces were too small and I said to myself that I would find other galleries. With the same proposal, I won an open call for a larger gallery in the Czech Republic, but the funding has failed to arrive and therefore it is still unfinished.