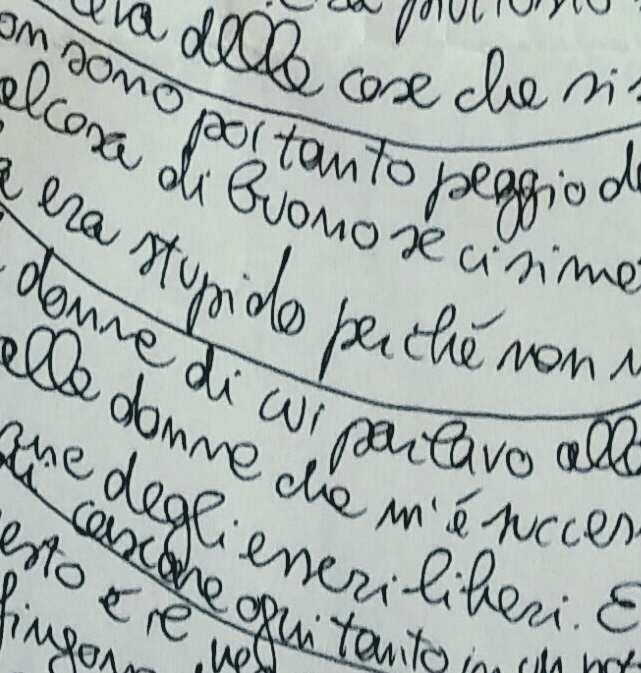 The unfinished is like something a little hard, a hard material, not too malleable, as if frozen, for which you have to put effort and more effort to take back and bring to completion.

If I tell you “unfinished” what is the first thing that comes to your mind?

Michelangelo, something uncompleted but not in this state forever, something suspended that can still be achieved.

Gray, an indefinite colour, a slightly dotted grey that, if you look closely, is made up of more coloured dots. Something a little hard, a hard material, not too malleable, something frozen, for which you have to put effort and more effort to take back and bring to completion.

I am reminded of a work that I had already thought through in detail and then left unfinished. In 2016, I had an idea during a trip to Lisbon, it already had a title: “Women’s Well”. It derived from an essay by Natalia Ginzburg on the well where cyclically women are likely to fall because they do not feel up to it, they do not feel adequate, something that drains you into an abyss, the abyss … it had impressed me a lot. Among other things, the next day I had to visit Sintra where there was a well dug in the ground…there I dipped into the well and saw the potential for the work.

They are so unfinished that I do not know where they are, but surely there is a trace in my diaries, I keep them consistently since I seven years (I am on the 62nd diary).

I have to see it physically, if I have to bind a book, for example, when I go back to the laboratory the next morning and remove the weights, I open it and there is the satisfaction that it came out well, there, then, I feel completeness.

Potentiality, regret and temporality. It has to do with time, with the past and with a push towards the future.