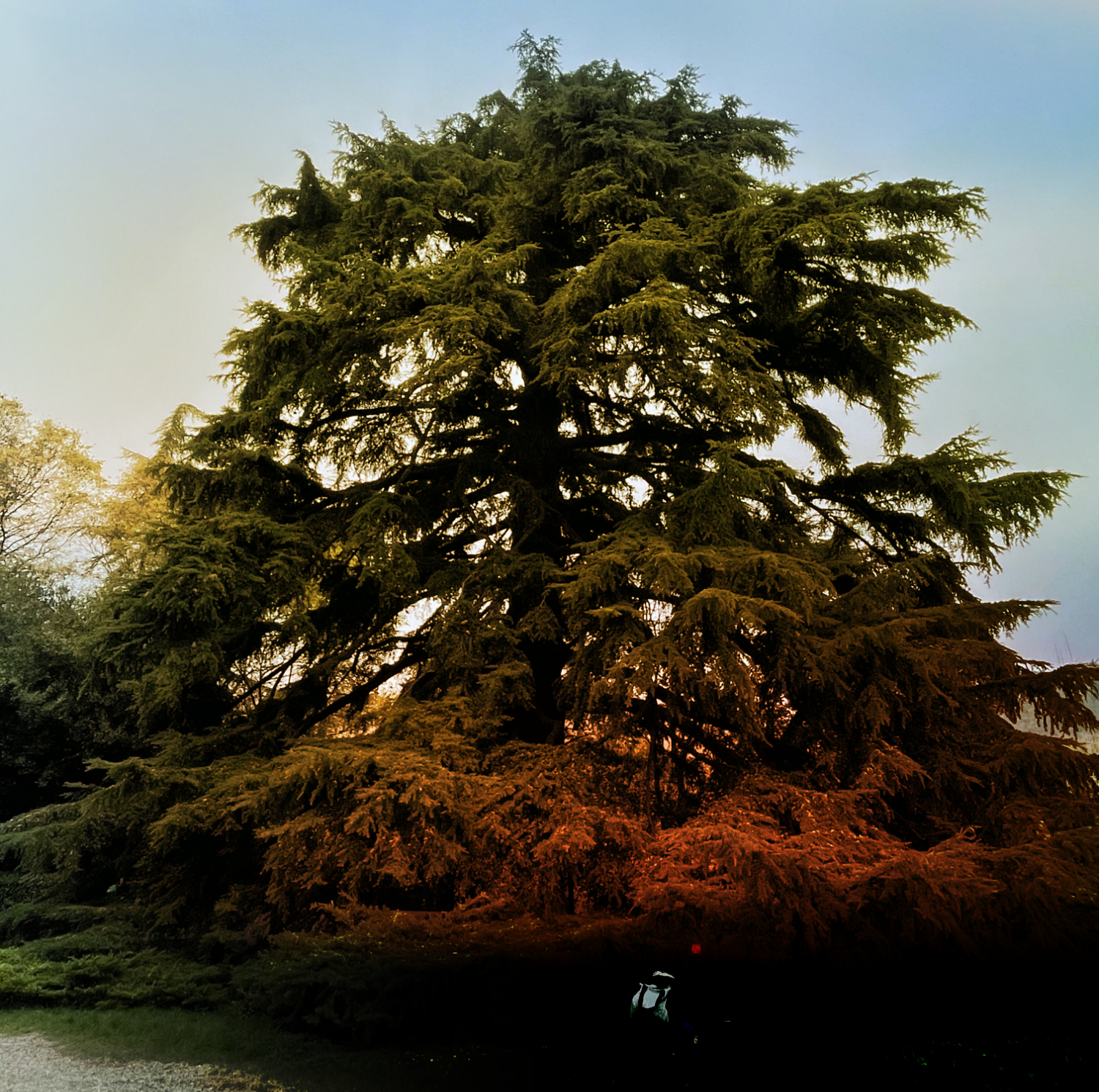 All we wanted was a corkscrew

It is a project conceived with a group of friends in 2012. Together we often went to a park called Villa Ghigi, on the hills of Bologna where there is a beautiful cedar of Lebanon under which we would go for picnics. It is a park that the Bolognese use little, because it is not easily accessible. We used to go there with our children and one day something happened. We wanted to drink some wine and we needed a corkscrew that we didn’t have, so we looked around to figure out how to do it and after many times we had been in that park, we realized that behind the cedar there were two buildings, one smaller and the other a large villa, which we had never looked at because the park overlooks the city with a wonderful view and we had never noticed them behind us. Thinking about how to get the corkscrew, we went to peek through broken windows in the two buildings to find that the smaller one was the caretaker’s house and that the decadent villa still had frescoes and fireplaces, it was very beautiful. Under the shade of the cedar on that day the idea came to our minds to write a project together in two steps: the first to reactivate the caretaker’s house a bit like a mountain refuge, where you could find a corkscrew, where you can go to the bathroom and find a shelter. This first step of the project could create a dialogue, almost like a listening tower, a place where to understand what we should do with the villa, which we knew was a much more demanding project and we would have kept as second step. We were afraid that then the place could attract the wrong people, who did not understand the spirit. Usually these places are bought by bank foundations to make them convention centers or other exclusive things that distort the place. We were a nice group, about ten people, most of us non-Bolognese: engineers, artists, lawyers, architects, directors, and after fantasizing in the following weeks, we met several times and with enthusiasm we wrote this project, in which we asked for the assignment of the place. We were not interested in opening a business and we did not even want to bring yet another place to the hills where events could be organized. We wanted an authentic place, a refuge in the city and not a place for bored city dwellers .. But in the meantime the summer was over, the children were growing up and we went to other places and somehow we forgot that dream. After three years we returned to the park and we found a sort of bar opened in the villa, and we felt that there was no longer the spirit we liked and we therefore forgot, like everyone else, the Villa of Alessandro Ghigi, who was the old owner and an inadequate person for the partisan heart of Bologna. For me it is unfinished that will remain so, we will never reopend this project again. We were interested in listening to the soul of the places: go to the place, observe what happens, how the spaces are used and by which people, when do they frequent it, how it changes with the seasons, at day and at night, which animals populate it, what plants inhabit it. We really wanted to understand what the Villa needed and not what we wanted to do with it, so having lost the “watchtower” has nullified the most important project of the second step.

But you know, your lost dreams sometimes find themselves in the dreams of other people unknown to you and then everything becomes possible again!