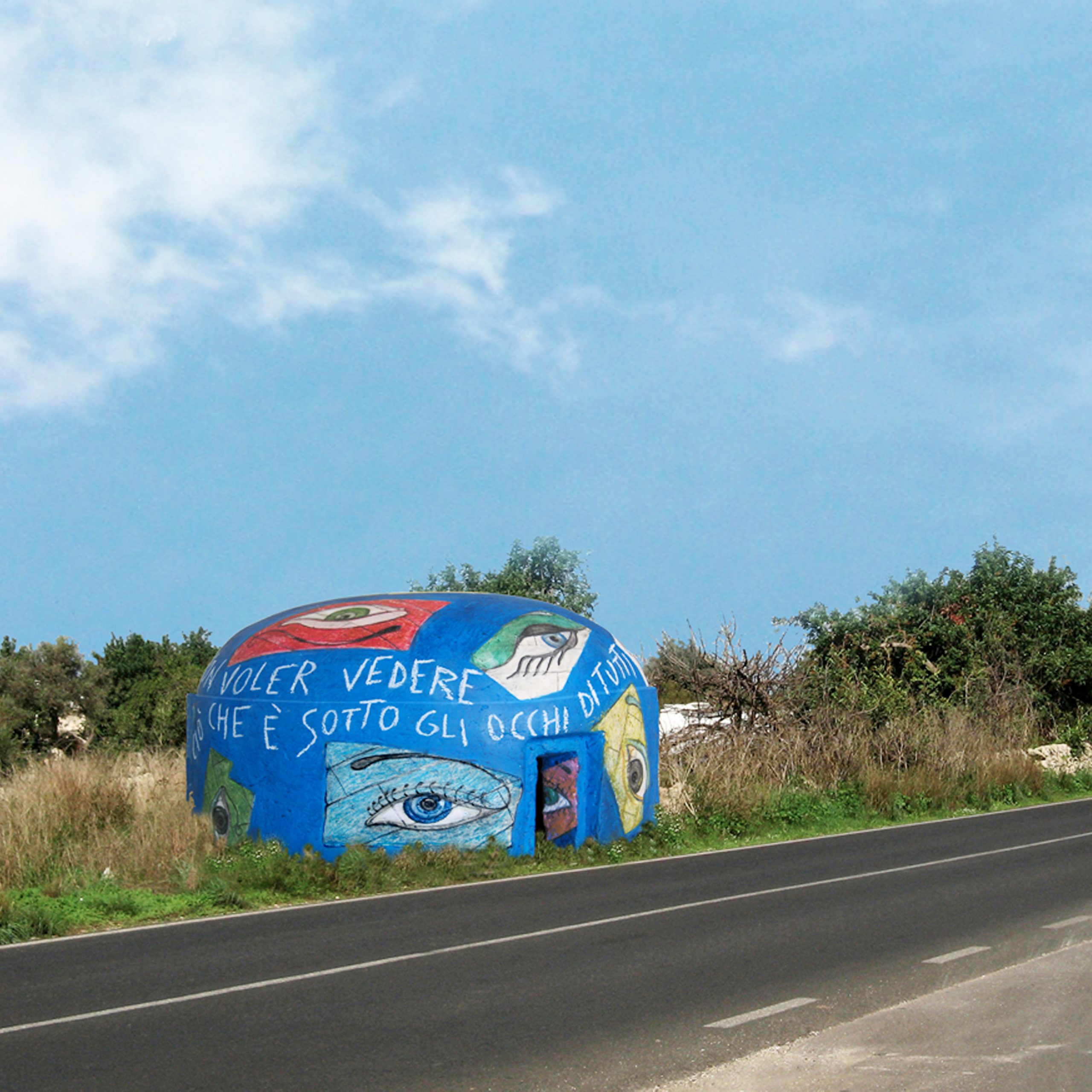 
The project consists in painting, an unlawful incursion of artists, 18 bunkers scattered over the Sicilian territory, transforming them from symbols of war into places of culture and peace.

“During the Second World War, the German army built a large number of Bunkers in the hinterland and along the Sicilian coast to face the enemy invasion in the Mediterranean. My project intends to enhance these architectural symbols of war, to promote sensitivity and dissent to the wars that haunt people. I selected two bunkers for each Sicilian province with the idea of ​​entrusting their transformation from places of destruction to places of culture with different pictorial interventions entrusted to different international “troops of artists”. The idea is to then include the bunkers in the artistic and cultural itineraries of Sicily.

There is a lot of sentimental material in this project: since I was a child, I saw a bunker going to the sea outside Siracusa, on the Via Elorina between Siracusa and Cassibile (where the armistice was signed in a country house), for me then it was a thing of the war, then after years the idea came to me, I thought it would be nice to paint it using the apotropaic eye, as a symbol of the eyes of those who do not want to see all the tragedies of the migrations of peoples: many eyes, many bunkers, to bring the idea of an extended peace. I also thought of identifying the bunkers with a peace flag designed by the artist and made by women with refugee status, a flag that could also become a gadget to raise funds for initiatives for migrants. I therefore imagine an operation of environmental recovery, of enhancement of the territory, of solidarity.

I verified that carrying out this project according to the rules would have been very complicated, some bunkers are owned by the Ministry of Foreign Affairs, others by the state property, others by private individuals, that is why we organize incursion of artists, film and photograph them in the various phases in order to then make a documentary.

I have a written project, a map with highlighted provinces, photos of the bunkers and one transformed with a simulation, a model of the bunker the size of 3 kg panettone in painted polystyrene.

To carry out the project I would need someone to take care of the management aspect. I know street artists, it is not a problem to involve them, I also see the possibility to collaboratre with sponsors, but the problem is the organization that I cannot manage it all by myself. ” Luigi Camarilla