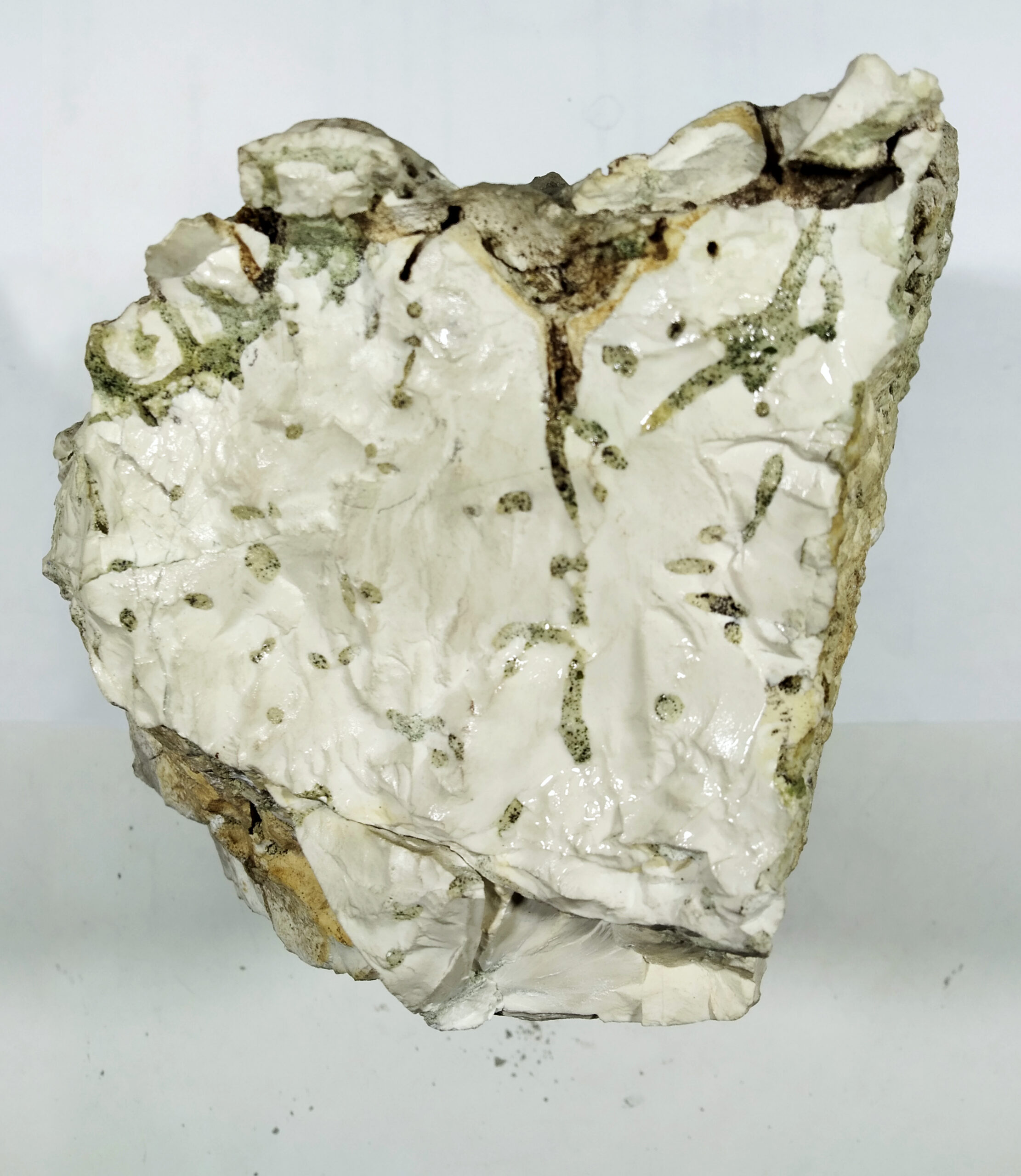 
The “Green Level” is a research started during the preparation of my thesis and then interrupted, or rather left pending. The stratified rocks tell the story of the Earth, as if they were the pages of a book, to understand it we must interpret this “writing” and hope that the “book” is complete. Sometimes, very long periods of time are not represented in the layers, like the torn or missing pages of a book, or they are only partially there, like erased pages. The green layer represents a geological moment that has not been preserved in the layers. In place of the sediments that would have told us much about a long stretch of time, there are small grains of a green mineral (glauconite) and small fragments of rocks that have been eroded and no longer exist in their natural position. The green level has been identified in the western area of ​​Veneto.

Why is this information missing, what could have deleted it? Why don’t we have these sediments? It is as if pages in a big book have been torn off and we wonder, why do we go from page 50 to 200? What happened and where are the missing pages of the book? Thanks to the study of fossils, so far we have understood which “pages” are missing and we try to imagine what caused the absence of sediments in that area. In the same period, the Atlantic Ocean was in strong expansion and a lot of oceanic crust was produced; these movements started to push the African plate towards Europe, and this eventually led to the collision between the two continents, Europe and Africa, and to the formation of the Alps. We would like to understand better if our hypothesis, that the convergence movement did so that whole packs of strata have been carried away by erosion, due to the increase in earthquakes; these, shaking the seabed, have triggered the mixing of sediments not yet consolidated with other more recent material which is then deposited elsewhere.

To reconstruct the whole history, however, many pieces are missing, there is an interruption and “pieces” missing for 10-15 million years. How can we do to fill these gaps? And when the sediment is not there, then the researcher has to move around the area, looking for other nearby sites to see if there are preserved the missing layers that help to reconstruct the history hidden in the green level. We know what happened in other parts of the world, but here in Italy there is a lack of sediments necessary to reconstruct the details. If we had the sediment, we would understand better when the events that caused the submarine landslides took place and took the sediments that are missing elsewhere. The first place where we found some missing pieces is on Mount Altissimo di Nago on Lake Garda, but the information is all mixed up with much younger sediments and it is difficult to reconstruct the chronology and the events that occurred. The “level” is a ten cm layer of rock on Mount Altissimo, while it fills ancient tunnels dug by small crabs on the seabed, at Mount Pastelletto; it therefore represents, in 10 cm of thickness, something like 8-10 million years; time is condensed, like the pasted pages of our book. Trying to open them means putting the strange association of fossils it contains in the right order, trying to fill in the gaps with deductions and interpreting the few clues it retains, even if not very legible, to understand its genesis. I called it the green level because of the color of the studied rock, rich of glauconite, which is a green mineral.

In my degree thesis it was a topic that was only briefly mentioned and it has an important value for me because it is a question I asked myself and it is still unanswered. It has always intrigued me and with a colleague of mine we have repeatedly thought that we would continue the research and solve the mystery. Over the years we have resumed it with two undergraduates, unfortunately with no particularly brilliant results. It is the symbol of the unfinished in my activity as a researcher in geology; today I am busy with something else, but I can still do it, I have at least ten years of work ahead of me and I know that one day I will be able to resume studying it.