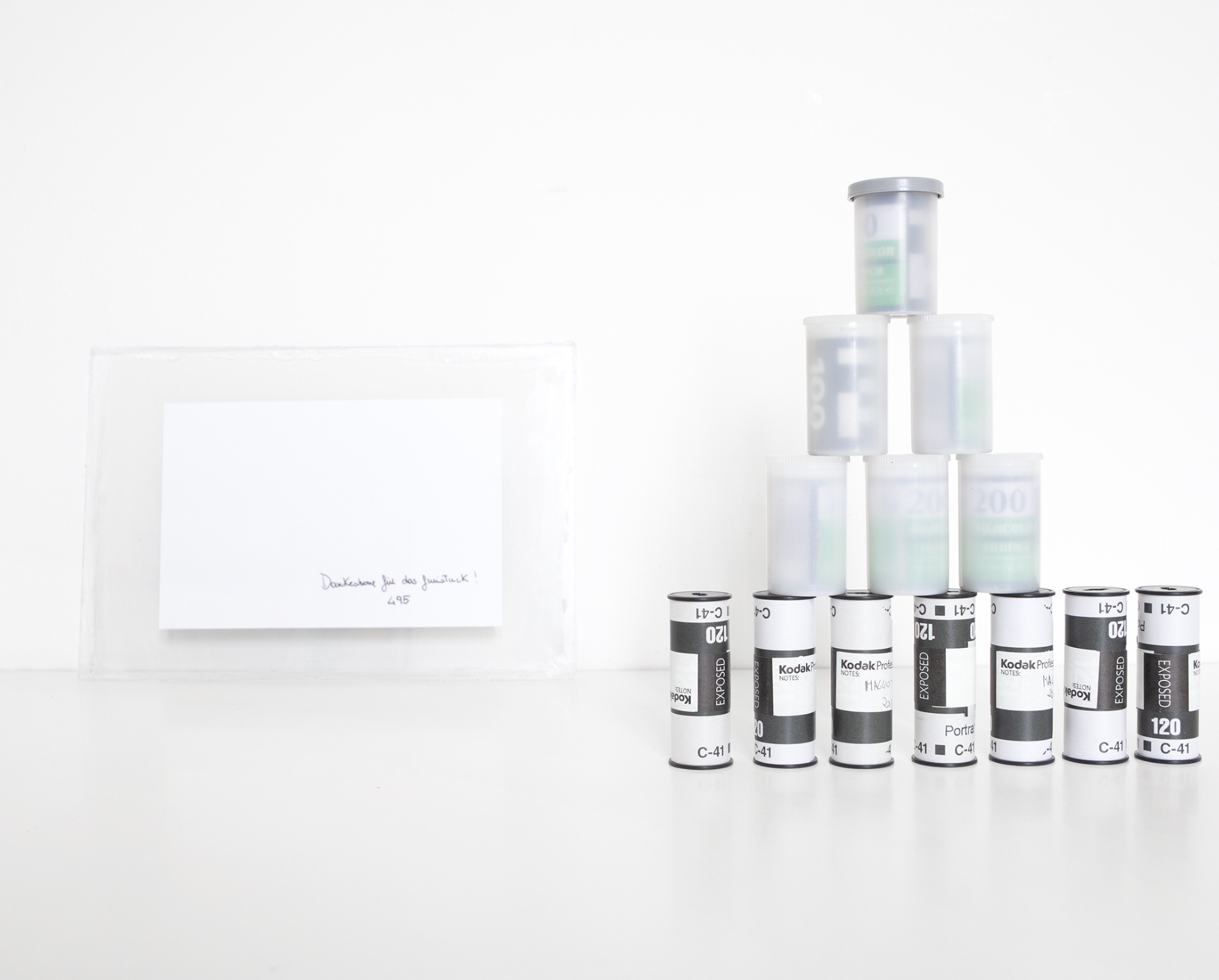 
“This project questions the persistence of memory in the absence of the support of photographic images. In 2018, a sentimental relationship with a person I was deeply connected to ended in part because of the accumulation of images and imagery we had created together. Unknowingly, when I began to have a feeling that something was disturbing our relationship, I began to no longer develop the photos I was taking of ourselves, our shortcomings, and our expectations.

I remember some of the images in the camera roll. I remember the time and places I took them. Sometimes there are dates, eg. April 2017: we were in Germany. Late spring, the light, the garden appears in front of the house. In another roll of June 2018, I know we were in Italy, the black rocks of the cliff, distant smiles, salty air and goodbyes.

This is the work that I will leave unfinished. For now, it looks like this: an installation of camera rolls that will forever preserve their latent images.

I printed and left in the sun the first photo that marked the beginning of the relationship with my ex-boyfriend: it will remain exposed to the number of days our relationship lasted. Time will influence the image and metaphorically the memory of an unfinished relationship.

The title I gave it is: “Dankeschön für das Frühstück “, it means “Thank you for breakfast “, and is the first thing I learned in German and the beginning of something that has not been accomplished.” Alessia Rollo