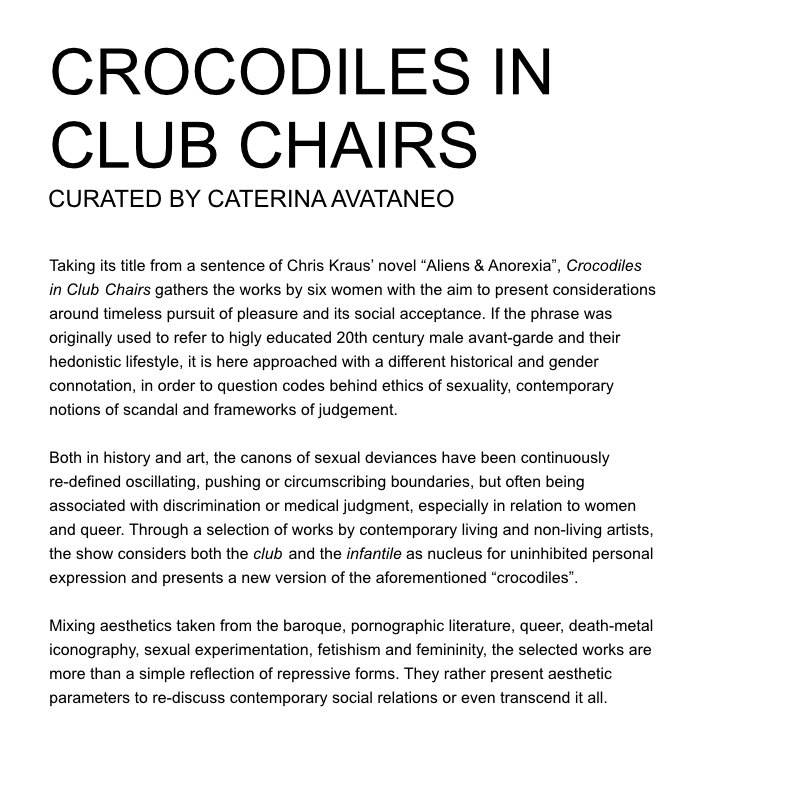 
Taking its title from a quote from Chris Kraus’ novel “Aliens & Anorexia”, Crocodiles in Club Chairs is an idea for a group exhibition that aims at collecting the works of six contemporary artists (four of them are living arists) focusing on the pursuit of pleasure and its social acceptance. If the sentences was originally used to refer to the male avant-gardes of the Twentieth century and their hedonistic lifestyle, it would have been re-contextualized here by changing their historical and gender connotations, in order to question the codes underlying the ethics of sexuality, contemporary notions of scandal and structures of judgment. The idea for the exhibition qualified among the finalists for a public competition in 2018, but it was not the winner and therefore remained unfinished. Sometimes ideas for exhibitions mature over time, but in this case I have not deepened or further developed the idea for the simple reason that, looking at other exhibitions that opened in the same period or shortly after, it seemed to me that others have dealt with the subject more efficiently than I would have done.